Here are some facts about golden retrievers that going to help you understand them more.

Golden Retrievers are Ideal for Children

Golden retrievers are known for being a gentle, friendly and caring dog if they were trained correctly, their temperament makes them great companions for kids, they are so playful, and Their instincts to protect is very strong, so they will develop a lovely bond with a new baby in the family. In addition, they can teach your kids to take responsibility because  Having to remember to feed, provide water, and clean up after a dog can give children a sense of importance and satisfaction that they can’t get from school or other chores.  The relationship that develops can be life-changing for a child and a great support system as they continue to grow and develop.

Golden retrievers are Easy to Train

Most of the dogs don’t like water, and it’s hard to shower them, however, golden retriever puppies are a different case since they are derived from two breeds of water dog, spaniels, and St. John’s water dog of Newfoundland, both of these dogs were a hunting dogs, and both loved swimming, so there is no secret that golden retriever is a water dog too, just take them to the beach or any water place and watch how much they enjoy it, although not all golden retrievers like water, some of them are not familiar with it.

It’s common knowledge that dogs are born with their eyes and ears closed, with only their sense of smell to guide them to their mother and her milk, however golden retrievers has much stronger sense of smell than many other dogs, because of that they can learn to look for all kinds of objects, perhaps its one of the reasons why they’ve been used as explosive or narcotics detection dogs or simply as a truffle hunting dogs, in matter of fact, golden retrievers originally were used for hunting due to their abnormal sense of smell.

Golden retrievers love to bite a lot, and almost you will never see them walk without chewing something, it is important to train them and make them quite this bad habits, some dog’s trainers recommend to use toys, to minimize their addiction to bite things, it’s annoying when you find a ruined shoe or a damaged furniture, although, they bite a lot, but they have a soft bit, they are considered one of the safest dogs in the world.

Golden retrievers have a Long lifespan

One of the saddest moments about having a dog is that they don’t live long like humans, luckily golden retrievers have a long lifespan compared to other dogs, the average lifespan of a Golden Retriever is between 10 and 12 years, although genes and health conditions might affect a Golden Retriever’s lifespan.

Over 90% of people who own a golden retriever puppy forget about their dog insurance, although it’s very important since golden retrievers are exposed to many diseases such as; ear infections, skin conditions, and cancer, while simple operation can cost thousands of dollars, which without an insurance could be impossible for some people, so by having insurance it can help minimize the cost and make it affordable, just by paying as little as $35 per month on a comprehensive plan can save you a lot of money and your dog’s life.

There are three types of golden retrievers, and they all have different colors and sizes, firstly, the American golden retriever that’s according to AKC the most popular dog in the United States, it has a golden coat, and medium-size compared to other types,

Secondly, Canadian golden retriever, it has a light brown color and it’s very similar to the American retriever when it comes to the size,

Overall, goldens are wonderful, great big softies with hearts of gold. If you provide them love and caring, they will love you and take care of you many times over. 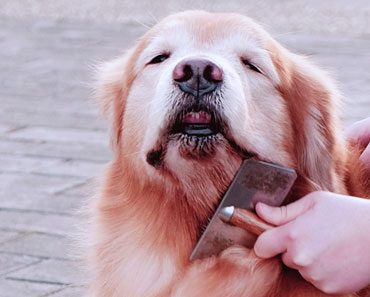 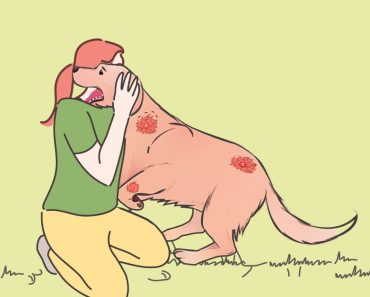